Despite another period of heightened volatility, global stock markets weathered the storm to provide solid third quarter gains and have now delivered impressive year-to-date returns above 20 percent in most major currencies. 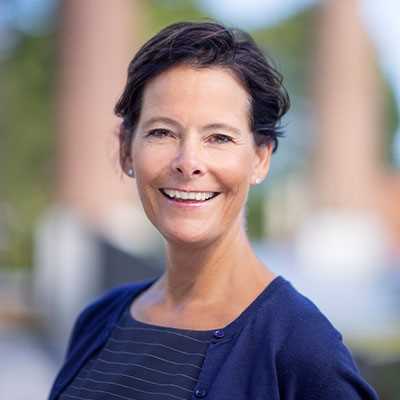 Despite another period of heightened volatility, global stock markets weathered the storm to provide solid third quarter gains and have now delivered impressive year-to-date returns above 20 percent in most major currencies.

However, while companies generally continue to perform well against a backdrop of macro and geopolitical noise, the global economic outlook appears increasingly fragile. With data and confidence remaining weak across the US, Europe and Asia, central banks have responded by lowering interest rates which could provide short-term relief from ongoing trade tensions but is perhaps indicative that the extended economic growth we have enjoyed since the financial crisis has finally run out of steam. Indeed, the US yield curve inverted during the quarter with 10-year yields falling below 2-year equivalents; a phenomenon that has preceded each of the last five recessions since 1975.

The divergence in performance between developed and emerging market equities that began in April became increasingly pronounced through the third quarter (see chart below) as investor capital has flowed from assets perceived as higher risk to those offering safer havens, as happened at the same point last year. Wide ranging monetary and fiscal policy measures from developing world governments provides greater optimism for EM companies and shareholders this time round, however, particularly with the MSCI EM index trading at an attractive 30% to 40% discount to the MSCI World equivalent based on earnings and book value multiples[1]. 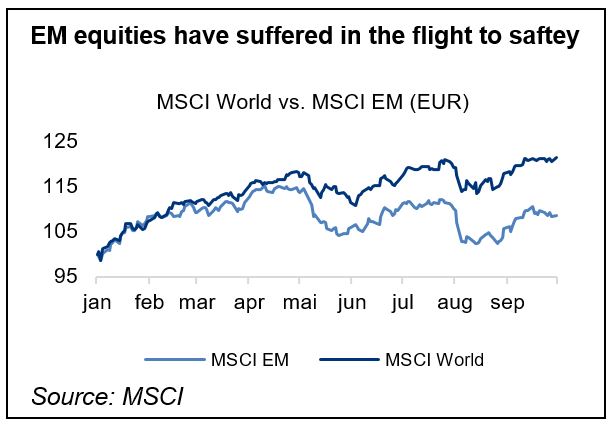 Our funds also experienced differing fortunes during the period. The best absolute return came from SKAGEN Global which ended the quarter nearly three percent ahead of the MSCI All Country World index and is now well ahead of benchmark year-to-date as well as over one and three-year periods. Much of SKAGEN Global's strong third quarter performance was driven by its US holdings which made up nine of the top ten positive contributors, albeit most are global multinational companies. SKAGEN m2 was our best performing fund on a relative basis, closing the quarter nearly four percent ahead of the index which it has now beaten over one, three and five years. The acquisition of Hembla was the most significant portfolio development during the quarter, justifying the Swedish residential property company’s position as the fund’s largest position and now one of the most successful investments in its history.

The performance of our other equity funds was more disappointing. The macroeconomic headwinds facing emerging markets generally, and cyclical industries in particular, also hampered SKAGEN Kon-Tiki, which lagged the broader benchmark over the quarter. A combination of weak pricing and higher financial gearing saw the fund’s energy and commodity holdings provide the biggest drag on performance but the portfolio’s aggregate upside in excess of 50% and expected superior earnings growth give cause for significant optimism. We anticipate similar price target gains from SKAGEN Focus, where a portfolio of deeply discounted but highly attractive companies is yet to be appropriately valued by the broader market.

While company valuations in some sectors remain depressed, particularly industrials, energy and financial services where multiples are at similar levels to the financial crisis, quality growth companies – particularly those in technology – now trade at historic highs. With the resulting gap between value and growth stocks at record levels, we saw a powerful and long-awaited rotation into value assets at the end of the third quarter and believe there is potential for further value outperformance ahead as the market digests a new wave of stimulus via synchronised monetary easing to tackle the threat of a global recession.

The fourth quarter last year was particularly volatile and it would be prudent to anticipate further market turmoil in a business climate where companies face increasing economic, political and regulatory challenges. Our continued focus is on their fundamentals while applying an investment approach that remains disciplined but sufficiently flexible to seize new mis-priced opportunities when they occur. We look set for an exciting end to the year and I look forward to keeping you updated on our progress

Following a stellar 2021, our Nordic-global equity fund has faced a testing start to 2022 but ... Read the article now arrow_right_alt
More about Global Stock Markets

Is higher inflation here to stay?

After a couple of decades of low and steady inflation, many investors are asking if we should ...

CIO Update: The power of dividends

How company pay-outs provide protection and prosperity in the current volatile environment.

Listed real estate has outperformed global stock markets in 2022 and over the last twelve months. ...