Our New Year's Conference speaker Monica Hsiao, CIO of Triada Capital, believes that China still has a number of tools in its monetary policy box to support its economy and is confident about the country's recovery. 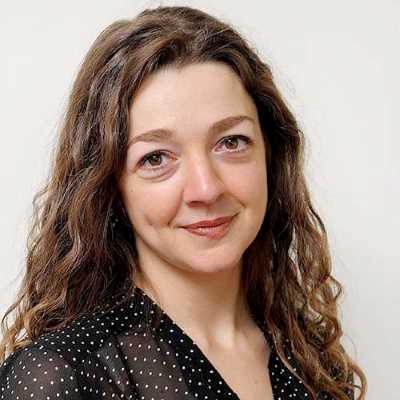 Our New Year's Conference speaker Monica Hsiao, CIO of Triada Capital, believes that China still has a number of tools in its monetary policy box to support its economy and is confident about the country's recovery.

Monica Hsiao is CIO of Triada Capital, a Hong Kong-based hedge fund focusing on pan-Asian corporate credit, which she launched in 2015. As one of the speakers at our upcoming New Year's Conference, we interviewed her to find out her view on how China is coping amidst the pandemic, how trade relations may change under a new US president, and finally, how the country is improving its sustainability credentials.

Trade activity seems to have contributed to China’s recovery from the pandemic, at a time when other economies are still grappling with its impact. Does the future look bright for China in 2021?

Unlike the central banks of other countries, and contrary to their actions post 2008 global financial crisis, this time the People's Bank of China did not rely on mass quantitative easing monetary policies to stimulate the economy. As a result, the Chinese central bank still has a range of monetary policy tools at their disposal to support their domestic economy, if needed.

The outlook for 2021 is positive for credit issuers from the Chinese private sector as most have demonstrated strong liability management by pre-funding and have lowered their average cost of capital. Global market liquidity is chasing yield, which allows most companies the access to multiple funding channels.

This year, I believe most can acknowledge that China’s brand of socialist regime has been more effective than the west at least with respect to the handling of the Covid pandemic. Should there be future similar outbreaks, China has come out feeling more confident about their domestic economy’s ability to recover faster than most countries in the rest of the world.

Could you tell us a little about Triada Capital and how your credit-focused fund has been performing during the pandemic?

Triada is a long/short credit fund that focuses on investing in Pan-Asian credits by taking directional views on corporate-event catalysts. Year-to-date (as of 14 December 2020) Triada is up +10.30% net of fees and has maintained an annualized net return of over 12.5%. We managed to limit our drawdown this year in March to a low single-digit loss and then fully recover within 6 weeks, despite remaining net-long risk during this period. The pandemic and US-China tensions have resulted in price dislocations and credit dispersions in our markets, along with multiple corporate event headlines surfacing not only in China but across Asia. Given the current environment of low rates, loose central bank policies and range-bound market volatility, Asian credit market is an extremely rich area right now for our opportunistic credit strategies.

What effect do you think the new US presidency will have on US-China trade relations? Do you believe China's relations with Washington will be less volatile under Joe Biden?

At this point there is a bipartisan consensus in Washington DC regarding US foreign policy toward China. That said, I believe that under Joe Biden as President, his approach will be more consensual, less rogue, and more transparent, and any policy negotiation or implementation will more likely proceed on multilateral levels through more traditional diplomatic channels, rather than through unconventional ways such as inflammatory tweets in the middle of the night. While the underlying policy will be the same - i.e. a much tougher political stance toward China - China will see the Biden administration as more manageable and predictable where compromised solutions can be more easily found, particularly in areas of trade where both parties need each-other. On the political side, tensions related to “hot spots” (such as Taiwan and South China Sea) will likely flare up from time to time, but we expect an orderly and rational response by both parties to de-escalate such political conflicts.

Governance with a Chinese twist

As the world’s biggest emitter of greenhouse gases, China is not exactly known for its good ESG performance, although improvements are in evidence. Where do you see the biggest improvements happening – in the area of E, S, or G?

I believe that the biggest improvement will be on “Governance” but with a Chinese twist: meaning that I expect that the evolution of corporate and provincial-level governance will be motivated by the fear of intervention by Chinese regulators and fear of unpredictable changes to policies. With the recent stories regarding the halt of the Ant Group IPO, one takeaway is that leading corporates will be driven to improve their disclosure standard and reconsider any aggressive expansion strategies that may create undue systemic risk, particularly for retail consumers. As China accelerates the opening of its financial markets to foreign investors at an impressive speed, the top echelon understands that “Governance” is a key element to building sustainable growth and continuing the development of their capital markets.

Register for our New Year's Conference

At our New Year's Conference 2021, speakers will also include best-selling authors Michael Lewis and Nassim Taleb, Citi's global chief economist Dr. Catherine L. Mann in addition to a number of other world-renowned experts from the fields of economics, globalisation and sustainability.

Get our latest news, analysis and reports delivered straight to your inbox. You can also receive four quarterly reports and other useful information about our funds. By signing up you consent to SKAGEN registering your e-mail address for this purpose. You can unsubscribe at any time by using the link provided in the emails that you receive. More information about how SKAGEN’s personal data policy can be found in our privacy policy.