Nobel laureate, former chief economist at the World Bank, former adviser to the US president and not least a prominent professor. Joseph Stiglitz is not like other economists. 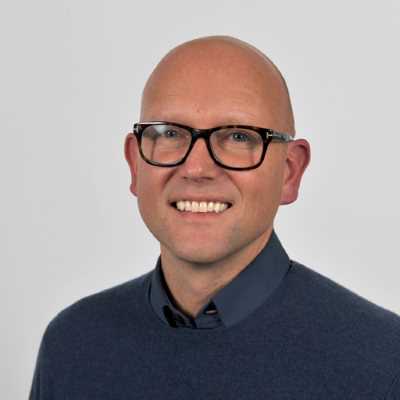 Nobel laureate, former chief economist at the World Bank, former adviser to the US president and not least a prominent professor. Joseph Stiglitz is not like other economists.

In 2001, Joseph Stiglitz was awarded the Nobel Prize in Economics for his analyses of markets with asymmetric information. Stiglitz's research shows that asymmetric information can provide important insights into phenomena such as unemployment and credit crunches. Today, research is his standard tool at universities and in political analysis. Remarkably, Joseph Stiglitz is one of the few people to have received two Nobel Prizes; he received the second one in 2007 together with the several others for their Report of the Intergovernmental Panel on Climate Change.

"We shouldn’t let a good crisis go to waste"

In an interview with CNBC in September 2021, Stiglitz asserted that the coronavirus pandemic has highlighted how the economic system is not working, and that now is a good time to rewire the economy.

"Do not let a crisis go to waste," he says in the interview, referencing inequality, the climate crisis and the lack of resilience of the market economy.

This is in line with what Stiglitz refers to as 'progressive capitalism' as a way out of the substantial economic inequalities in the world, not least in order to better handle climate challenges.

"At the core is a new social contract, a new balance between the market, the state and civil society, based on what I call “progressive capitalism”. It channels the power of the market and creative entrepreneurship to enhance the well-being of society more generally. This will entail rewriting the rules of the economy, for instance, to curb market power of our 21st century tech and financial behemoths, to ensure that globalisation works for ordinary Americans, not just for corporations, and that the financial sector serves the economy rather than the other way around," explained Joseph Stiglitz in an interview with The Economist in 2019.

He advocates increased government investment in technology, education and infrastructure, as well as advances in research and technology.

"With climate change providing an existential threat, both public programs and regulations have to be directed at creating a green economy," says Stiglitz in the interview.

Joseph Stiglitz has made a name for himself over the decades. From 1993 to 1995, he chaired President Bill Clinton's Council of Economists, before becoming chief economist at the World Bank in 1997. But as early as 1970, three years after completing his doctorate at prestigious MIT, he became a professor at Yale. His long academic career has, among other things, earned him the prestigious John Bates Clark Medal (1979), before he joined Columbia University in 2001, where he remains a professor.

Stiglitz is a man of influence and presidents and other heads of state listen when he gives advice. In 2011, Times magazine named him one of the 100 most influential people in the world. In the last 15 years he has written a number of books, several of them bestsellers, including People, Power, and Profits, Rewriting the Rules of the European Economy, Globalization and Its Discontents Revisited, The Euro and Rewriting the Rules of the American Economy.

Joseph Stiglitz is one of the speakers at our New Year's Conference on 11 January 2022. If you would like to hear him for yourself, you can sign up for free here.