In recent months, there has been a significant tightening of regulations governing Chinese companies in a wide range of industries. We discuss the impact of these regulations on the market and what this means for the fund and our clients. 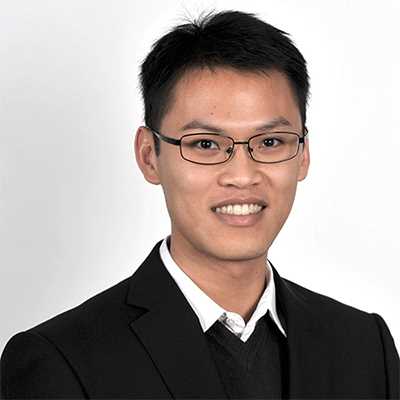 In recent months, there has been a significant tightening of regulations governing Chinese companies in a wide range of industries. We discuss the impact of these regulations on the market and what this means for the fund and our clients.

At last count, the regulations being tightened cover the finance, consumer internet, education, real estate, media, liquor, healthcare, blockchain technology and solar energy sectors. This has occurred both through the introduction of new laws, some of which were first drafted years ago, as well as through penalties for previous misdemeanours. The concerns raised by authorities have been linked to systemic financial risk, monopolistic behaviour, cybersecurity, and unfair price discrimination.

The impact of these regulations was swiftly felt and coincided with a substantial drop in the market value of several Chinese companies, large and small. Faced with a substantial loss of capital, even if only on paper, investors have scrambled to look for blame and Chinese regulators have borne the brunt of it. Nonetheless, in our opinion, several of the affected companies were trading at rich valuations at their peak in recent months, and were perhaps due for a correction.

While some of the new regulations and penalties have come faster and struck harder than expected, the reasoning behind them seems mostly rational to us. From what we have seen so far, we surmise that the over-arching goal of regulators is to curb the anti-social behaviour of certain private companies.

A good example is the case of one of China's largest consumer Internet companies, Alibaba Group. Earlier this year, the company was handed a record fine for abusing their market dominance in the past and forcing partner merchants into illegal exclusivity agreements. Merchants have long complained about this and Alibaba's competitor JD.com even raised the issue publicly in 2017[1]. Alibaba's response to the fine has been one of contrition and the company has promised to clean up its act.

Corrective measures and penalties like the above are not so different from the fines that have been dished out in recent times to American companies like Google and Amazon for anti-competitive actions by authorities in the United States and European Union.

The internet has brought about new ways of building businesses, and many regulators around the world have not fully adapted their laws to take into account the speed at which businesses can now scale and the impact they can have on society. We expect more laws governing the behaviour of internet companies to be enacted soon.

Consider too, the case of the private education industry in China. Regulators have been acting against poor teaching standards, false advertising, and exorbitant fees since 2018[2]. In one of the most egregious examples of market incentives bringing about perverse outcomes, some of the best teachers have left the public system for the private market where they can inflate their personal brand and charge high fees against it.

Despite this, customers (parents and children) continue to seek out private education services – according to some reports, more than 75% of student aged 6 to 18 in China attended after-school tutoring in 2016[3]. The fear of children falling behind their peers often deters people from opting out.

Set against the backdrop of rising costs for families, an aging population and slowing economic growth, it is understandable that the authorities are acting to stop misbehaviour in the sector, as we have seen in countries such as South Korea and Singapore in the past.

As each new regulation to correct and prevent corporate misbehaviour surfaces, we find that while the how may sometimes be questioned, the why can be readily understood. If investors were ever in any doubt, it should be clear now that companies and investors in China have to adopt a holistic stakeholder approach to their operations and investment decisions, rather than a narrower shareholder one. And more so perhaps, than in certain Western jurisdictions.

What this means for SKAGEN Kon-Tiki

As a global emerging market fund with a broad mandate, we have no obligation to invest in Chinese companies. Our bottom-up, fundamental approach has resulted in us historically investing less in this segment than our peers, and avoiding the speculative corners within. While we remain cautious on many aspects of investing in Chinese companies (not just the regulatory aspects), the size of China's economy and its role in international trade simply means the country cannot be ignored.

Crucially, we believe that there have been at least two key factors behind the country's rise in prosperity over the past four decades – the adoption of a capitalistic, free-market economy and of modern science and technology. As long as the country does not turn its back on these principles, there is a good chance that both domestic and foreign companies operating in the country can continue to prosper. Furthermore, it is highly likely that new regulations will contribute to a healthier operating environment for companies in the long run.

While we have an aversion to speculative prices, falling prices get us excited. So far this year, we have seen pockets of opportunity emerge within Chinese equities and have been net buyers, as we were during the sell-off at the end of 2018. While we continue to watch out for permanent and detrimental changes to the investing environment for private enterprise and investors, we are happy to let valuations guide our actions and buy when the price is right, even if it means going against the crowd.

A highlight from our recent New Year conference was Michael Pettis discussing the Chinese economy. ... Read the article now arrow_right_alt
More about China